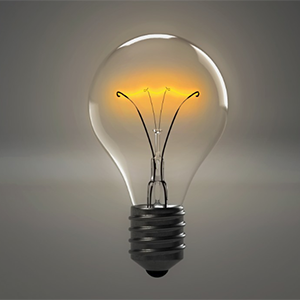 If we’re going to learn to be creative game designers, then a pretty fundamental place to start is to try to understand creativity itself. It’s funny how we all seem to intuitively understand what creativity is, and we can usually agree that an idea is creative when we see it, but have you ever stopped to try to define “creativity?” What are the criteria by which we deem one idea creative and another one not so? What is it that qualifies creativity? Before continuing on with this article, do yourself a favor and stop reading for just a moment. Honestly try to answer the question: what properties of an arbitrary idea qualify it as creative?

Fortunately, help is at hand in the form of a definition for creativity that I’ve found online. It states that “The creative thinking process is the forming of associative elements into new combinations which are in some way useful. The more mutually remote the elements of the new combination, the more creative the idea is.”

Although it’s a useful definition, you might have to read it over a couple of times to get the gist of it. Try focusing your attention on the phrases “forming of associative elements” and “mutually remote”. This is really the heart of it, so let’s understand each phrase as thoroughly as we can.

Associative elements are basically just two or more ideas that are somehow related, or connected. For instance, we commonly associate the color green with money. That’s obvious (at least for Americans) because paper money uses green ink. Or we might associate certain physical appearances; say long hair and tattoos, with antiestablishment personalities, like bikers. These are pretty common associations.

Associations can also be highly personalized. For instance, when I see a wolf in the movies, I don’t think of a dangerous animal like a lot of other people might. One of my first pets was a hybrid wolf-shepherd named Sasha, so I associate wolves with unconditional loyalty and above average intelligence, but that’s just me, of course. Most people probably wouldn’t make those connections. (By the way, this means that if you want to come up with ideas that most people find interesting, you should try to stick to common associations, rather than personal ones.)

With regards to the second focus of our attention, “mutually remote”, that basically means that the two concepts are somehow connected, but in a more indirect way. Perhaps through other related ideas.

Let’s stop right here and think about the ramifications of this very simple example. Typically, when we think of dragons, we envision huge, red, fire belching, knight eating, damsel capturing, flying, reptiles. Invariably, they’re predatory, cunning, and evil. Can you say ‘cliché?’ This boring idea has been done to death thousands of times already. Been there, done that. Yawn. Creative? NOT! There’s almost nothing new we can contribute to that kind of dragon.

As a side note, you should soon realize the fact that the broader your knowledge base, the easier it will be to come up with creative ideas.  For instance, in the example above we needed to have had enough exposure to dragons to know that they commonly have treasure hordes.  We also needed to have some limited exposure to psychology in order to connect greed to obsession, and then later to various neuroses.  Sometimes you will have to do some research about the base subject in order to get some ideas, but in general, the more you read, watch movies, play games, etc, the easier it will be get the ball rolling.  Good game designers are usually voracious readers and highly methodical researchers.

On the other hand, if we start thinking about our obsessive compulsive dragon, a wealth of possibilities opens up. This kind of dragon can actually have an unusual personality. If he’s obsessive compulsive, perhaps he has some of the related personality disorders and neuroses. These neuroses should also make logical sense for his situation, however. For instance, our dragon might be paranoid, since there are an endless number of St George-like knights looking to slay him. Maybe he’s a chronic worrier. If he’s a two headed dragon, perhaps he has a split personality. If our dragon has hyper-acute senses, perhaps he believes the distant voices he hears are actually the voice of a God speaking into his mind. You get the idea. You can sail into uncharted waters pretty quickly if you start with a concept that uses remote associations.

Oh, and by the way, this is the first step on the path to creativity.

Let’s try a couple more examples. Say we start with a priest. We often tend to think of religious leaders as being people who are extremely moral and righteous. Highly moral people are seen as very trustworthy. Ironically, the most successful serial killers are also able to gain people’s trust. Thus, a bizarre-but-perfect “cover occupation” for a serial killer, then, is to be a priest. It’s also interesting to consider that a mentally unbalanced priest would probably be able to easily justify “punishing the wicked” by killing them, and since in the eyes of the church, everyone is a sinner… (Oh, and if this sounds far-fetched to you, clearly, you’ve never read about the Spanish Inquisition.)

How about if we wanted to give a personality to a cartoon cat? Have you ever heard the phrase “cats have nine lives?” We could take that to mean they’re pretty lucky. That might lead us to a cat who is a compulsive gambler. There’s some possibility there. Or what if we take the “nine lives” to mean that our cat is a risk taker? He would be a daredevil, or swashbuckler, if you will. That’s just the kind of character we find as Puss In Boots in the movie Shrek 2 (the voice was done by Antonio Banderas.) He’s a sword wielding, swash buckling, smooth, debonair… cat.

Hopefully, you get the idea. By starting with a base idea and considering some of the initial associations with it, we can branch out to more and more remote associations. After a couple of jumps, we can come up with something that is logically connected, but not necessarily obvious. In other words, it’s a remote association.

Leave a reply Click here to cancel the reply