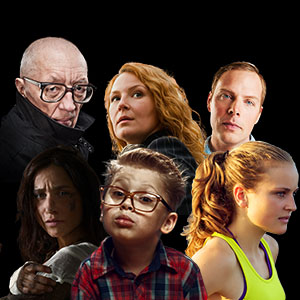 We’ve all heard that good characters are the lifeblood of fiction, and when I began work on Gnosis, I didn’t want to scrimp on this vital effort. In keeping with my usual manic personality, I did a bunch of research into character creation. I took my time and consumed a mountain of information on the subject. There are lots of excellent books out there, but to a certain degree, they all required a bit of ‘art’ to getting the details right. Nothing catered to an organized, systematized approach, and that’s what my brain feeds off of.

Eventually, I found my way to Myers-Briggs personality types, and quickly drank the Kool-Aid. Although MBTI types have their detractors, mainly because they’re not terribly predictive of real-world human behavior, they turn out to be perfect for creating fictional character models.

The idea behind them is that they endeavor to categorize human personalities into 16 basic types, represented by four letter combinations, like INFJ or ESFP. There are two choices of letters for each of the four positions, providing for a total of sixteen possibilities: ENFJ, ENFP, ENTJ, ENTP, ESFJ, ESFP, ESTJ, ESTP, INFJ, INFP, INTJ, INTP, ISFJ, ISFP, ISTJ, and ISTP.

These mysterious looking codes, somewhat reminiscent of genetic markers, are quite simple when broken down into their individual components. Taken from first position to fourth, the letters mean:

Although the terms above are somewhat misleading, if you do enough reading on the subject, they eventually make sense. If you’re utterly fascinated by this, feel free to read the definitive work by Isabel Briggs Myers, Gifts Differing.

Fortunately, as noted earlier, I’m a bit obsessive, so I did a lot more than read this one book. I read dozens. I scoured the Internet, interviewed a number of psychologist friends, and eventually cobbled together my own typing system, so I could adapt Myers-Briggs to my purposes. After about seven months of research, and a few ever-more-complicated software prototypes, I’m finally happy with the current iteration of the JavaScript tool I’ve created.

My tool basically allows a writer to quickly put together a character sketch based on a handful of dominant trait choices. You can provide as much or as little information as you want, but with each bit of data you give, the software filters the possibilities for subsequent choices. It forces you to remain consistent within existing Myers-Briggs types.

The result is that with a very minor time-investment, you can assemble a character that makes sense. It won’t be a random collection of traits that don’t belong together. It will be behaviorally consistent.
​
So what does ‘behaviorally consistent’ mean? Well, let’s consider a simple example. Let’s say your character is an Introvert. Generally speaking, most Introverts are uncomfortable in large group settings. They tend to be shy at parties, dress in less ostentatious ways, and are often poor at reading social cues. They even have common ways of speaking, food preferences, and hobbies. (These tendencies don’t describe ALL introverts, however. Only some of them. But that’s another discussion entirely.) This being the case, your Introverted character would most definitely not act like Tony Stark (Iron Man) from the Marvel Comics movies. Robert Downey’s version of Tony Stark is about as far along the extroverted scale as a character can get.
​
Unfortunately, there are LOTS of different flavors of introverts. They range from the dreamy, offbeat Luna Lovegood (Harry Potter), to ruthless ‘fixers’ like Doug Stamper (House of Cards). There are opinionated know-it-alls like Cliff Claven (Cheers), and steadfast confidantes, like Dr. James Wilson (House MD). It’s simply insufficient to label a character as an Introvert or an Extrovert, and think you have something interesting. Personalities are far more complex and nuanced than that.
​
My Character Creation Gadget helps you navigate the sea of possibilities, and define the core of your character. The result will be consistent with each of the components that make up a particular Myers-Briggs designation, and the best part is, you don’t have to understand how any of the psychology works. The tool will make sure you color within the lines.

Click on the image to the right to go to my Character Creation Gadget. It will open a new browser window and load up the tool. (You may have to turn off your popup blocked to see it.) Give it a few seconds to load up all of the data files. The word “calculating…’ will be displayed in the work space while it does this. When it says “Ready”, you’re good to go. You might want to check out the “Help” button in the upper left corner first, as this will give you a quick 8 minute YouTube tutorial that shows you how everything works.

(And yes, I couldn’t resist putting a link to my novel, Gnosis, in the upper right corner of the tool. The tool itself is totally free to use, despite the amount of work I put into it. I like giving back to the writing community that gave so much to me. But if you’re of a mind to show some appreciation, please do consider following the link to my Amazon page and picking up a copy of Gnosis. It’s only 99 cents. and after the first two months, it has netted all 4-and-5-star reviews.)

A friend tells me that he had a small issue when my tool turned off his Spartan Clips software, but he was able to turn it right back on again without issue. My Character Creation Gadget is still in beta, so I’ll continue to try to resolve little issues like that. In the meantime, feel free to drop me a note if you find a bug, or have suggestions for new adjectives, archetypes, characters, etc. Enjoy!