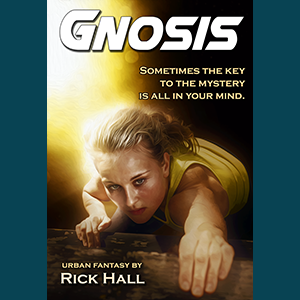 I was six months shy of eighteen when I realized my first major truth: Life is not a trust fall exercise. It’s not a team-building seminar where you can pretend to collapse, knowing your partner will catch you. In the real world, you’re just going to crack your skull on the pavement.

…which was, admittedly, a stupid thing to think about in mid-leap, thirty feet up. Jumping off buildings rarely made me philosophical, but today was turning out to be different in a lot of ways.

Arms pinwheeling, halfway between Binky’s Ink Tattoo Shop and the Cold Forge Presbyterian Church, my world lurched to a halt. It was like one of those television commercials where everything stops and the camera sweeps in a big circle around the accident that’s about to happen.

I found myself snatching at my dad’s police badge as it tugged against its chain around my neck, grasping for comfort when I should have been thinking about handholds. The world tilted in my moment of inattention; I looked up and found the ground where the sky should have been.

Then, instead of that hyper-aware calm you’re supposed to get when you’re close to death, my brain decided to shoot for weird.

Random details shoved aside any instinct for self-preservation, flooding my senses with rapid-fire sounds and images. Overflowing dumpsters snapped up at me like monstrous metal mouths. A car backfired, or maybe it was a gunshot. A flock of startled pigeons pirouetted in unison, gracefully dodging my plummeting form. For some reason, the world became too fascinating to worry about trivial things like, y’know, not dying.

Somewhere up in heaven, Dad clapped his hands with a thundering boom and hollered down at me, “Sammie, are you nuts? Snap out of it or you’re gonna DIE!”

No, I don’t believe in ghosts—not even Dad’s. He was dead and gone, but that imagined shout yanked me back to reality all the same.

Wind whipped a tangle of blond hair around my face. I flailed, jerked upright, and struggled against the straps of the backpack that threatened to upset my balance. Straining forward, I reached for the edge of the fast-approaching rooftop.

Air whooshed from my lungs as I slammed into the bricks. My hands clamped tight to the edge of the building, but I still bounced against it, scraping a few layers of skin from my forearms before slowing to a dangling halt.

I sucked in a shuddering lungful of air. God, everything hurt. I didn’t even want to look—between old bruises and new scratches, my skin was turning into a bad abstract painting.

I should probably invest in sleeves.

A police car sailed past the mouth of the alley as I hauled myself onto the roof. The cops inside shouted, their voices echoing in my earbuds, captured by the Teledyne 500 transmitter I’d planted under their front seat.

Tires squealed. Crap. I hadn’t lost them after all.

Gulping for air, I lay back and pressed myself against the rooftop’s safety wall. A pair of car doors clicked open, with Bobby Kellog’s voice babbling in my ears as he talked.

“… telling you it was her. Man, that chick should wear a cape.”

Despite the situation, a smile warmed my face. Dad used to describe Bobby as the station’s “token K-9 officer.” Dumb as a post, loyal to a fault, and easily distracted by food and fast-moving objects. His voice dwindled as he walked away from the squad car, but my transmitter still caught most of the conversation with his obnoxious partner.

“Jesus, Bobby. What’s wrong with you? All that parkour crap ain’t normal for a seventeen-year-old. If her old man hadn’t been such a slacker, she’d be dating football players instead of spending her time playing monkey-girl.”

Classic Frank Walcott. Unlike Bobby, he was an Olympic-level dick. One of Frank’s favorite pastimes was comparing me, unfavorably, to his own wuss of a son. Dad had always hated him, but the antics me laugh; Frank couldn’t handle knowing a skinny blonde girl had bigger balls than his boy.

At least Bobby had a little class. “Cut her some slack, Frank. Her old man’s dead, for Chrissake.”

“So? Am I supposed to feel bad? That crack-dealing piece o’ shit made us all look bad. I swear, if the feds get any further up our asses we’re all gonna need enemas.”

“Yeah, I don’t get it. Why do we gotta–hey, lookit that! There’s hamburgers on the ground. I told ya I saw her!”

I glanced over my shoulder at my backpack’s flap to find it flopping in the breeze. I blew out an exasperated breath. The collision with the wall must have shaken my lunch free. Half a dozen freshly scrounged cheeseburgers from Mickey-D’s dumpster must be down there, pointing at me like a trail of breadcrumbs.

The irony grated. The only two things that could get Bobby’s attention, fast-moving objects and food, and I’d provided both. Well, maybe Frank could talk him out of–

“Yeah?” Bobby said, voice rising. “A junkie didn’t toss this out with the trash.”

Frank’s low whistle sounded ominous. What did they–

“I’ll be damned. Steven Black’s badge. Good eye, Bobby. Let’s move! You take the fire escape and see if you can spot her. I’ll take the squad car. Maybe I can circle around and cut her off.”

Damn. Dad’s badge must have fallen off its chain when I crashed into the wall. I thumped a fist against my thigh. This cloudburst of crappy luck just refused to end. I struggled to a standing position, swaying slightly to the rhythm of a dull, red drumbeat throbbing in my brain.

It figured. Migraines had always plagued me, but these were something else entirely—wracking, brutal spikes of pain that made my eyes water. They’d begun a little over a week ago, coming and going in short bursts, and somehow nastier each time. They were up to two or three a day now, and worse, there was no time to wait this one out: I had to move.

The fire escape clanged behind me, Bobby’s heavy boots thudding up its steps. Walcott grunted as he wedged his massive backside behind the wheel of the squad car and banged the door shut. His idiotic “Yeeee haw!” blasted through my earbuds like a nuclear bomb. I yanked them out with a grimace.

The whole wiretapping thing hadn’t gotten me as much as I’d hoped. The cops weren’t even investigating Dad’s murder. They didn’t know a damn thing.

I broke into a trot across the gravel-covered rooftop, the pounding in my skull keeping time with my feet as the edge of the building drew closer. From behind, Bobby shouted something. He must have made it to the roof.

Red splotches crept around the edges of my vision. I ignored them and dove for the next building over. Arcing through space, I caught snatches of Bobby’s breathless shouts.

I lost the rest as my feet skidded across the roof, converting my landing into a bone jarring belly flop. Strangely, the impact caused the migraine to ease up almost as quickly as it had begun. It made no sense, but I didn’t care. I squinted, trying to squeeze my muddled thoughts into order.

Frank had mentioned circling ahead. Bobby shouted something about setting up a two block perimeter. Two blocks? Not with only two of them. To surround two whole blocks they’d need more cops. A lot more. Gooseflesh rippled down my arms. What the hell was going on?

A sudden image of tribal beaters sprung to mind, hunters cooperating to herd a lion into an ambush. I glanced at the next rooftop, weighing my odds. That building fronted Parkland Ave, a four-lane road. Even the best parkour athlete in world couldn’t jump a gap like that. I’d have to drop to ground level, and they had to know it, too; that’s where their lion would die.

Sirens wailed from multiple directions. Crap, were there even more cops coming? Somewhere off to the side, Bobby shouted again, his voice echoing as if coming from a deep hole, but when I glanced behind, he wasn’t there.

It didn’t matter. I had to get out of the open. Maybe I could duck into a store, or disappear into the afternoon crowd. It was worth a try, but I needed to reach ground level, and fast. At the roof’s edge, salvation practically sprang out of the earth: A flag flapped lazily on a pole not ten feet away.

I stopped thinking and just jumped.

Tilting sideways, I caught the pole in both hands, swinging in a crazy spiral, palms burning as they scraped the rusty surface. I flopped to the ground, rolled a few feet, and came to a quivering halt. Not my best landing.

I hopped up and managed exactly two steps before a trio of cops appeared from nowhere, cutting me off. They spread in an arc, the one in the middle holding his hands out as if to settle a skittish deer.

I spun to the left.

About twenty yards away, a heavily breathing Bobby Kellog limped toward me, features caught halfway between triumph and admiration. He winked and snapped off a salute.

To the right, Frank Walcott leaned against his squad car, one hand resting suggestively on his holster, the other flipping me the bird. I was trapped, and he knew it.

Slumping, I took a deep breath as the trio of cops converged on me. The one in the middle stopped and appraised my ruined clothes, eyes lingering on the blood. His hand twitched toward his cuffs, but something held him back.

He offered a not-so-reassuring smile, but when I didn’t return it, he shrugged and reached for my shoulder.

“Samantha Black? You’re coming with us.”